Back to page
Add topic

So you wanna make templates for each user? Sure, and we need character, when i get home i'll send you what i need for the template through msn, ok?--Running Riot Ryan

So i'll get what i want on the character template and send it to you, is that ok? on and we need a weapon one to, i'll send you what i want for that too.--Running Riot Ryan

And teh weapon one

There seems to be some truble? whats this it shouldnt mention the reidrecton --- Climax-Void

Cheeck out the templates Relentless made:

I think it needs to be placed here 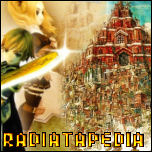 You know this game isnt a patch on what PixelBitch's will be! hehe --Climax-Void

Chat or My Contributions </sup

Why are you talking about banning you because I disagree with you? I banned you because you removed a comment, and then lied about why you did it. I already spoke with Angela about this; she told me you complained, but then when we discussed it further, the decision was made to ask ED and Dragonclaws, neutral admins in any debates concerning you, what was the best plan of action. ED said that it would have been better to talk to you first, but Dragonclaws, even though he supported using BCE/CE, as you did, wasn't very happy that you removed my comment and set up the other poll. Look--you aren't going to be unblocked any sooner like this... just wait it out, and read a book or something. güéßŁ¥-πéҐ∫øñ¥-†ħîИg¥ 22:18, 30 June 2007 (UTC)

If you were going to move it you shouldn't have said you were deleting it. You're just lying again so you can try to get unbanned. Lying is bad, and it's why your block was extended. I know my signature takes up six lines, but that's why I put a line break in between anything where I'm talking or voting, or between entries on someone else's talk page. But I don't want to have to make a new template for each new sig, but I like my older things I've said to have older sigs, and newer things to have mah more recent sigs. Sorry for the inconvenience. güéßŁ¥-πéҐ∫øñ¥-†ħîИg¥ 20:05, 1 July 2007 (UTC)

You messed with the funky shit! It doesnt redirect to a speciel smoothly you still have to click the link, the way i did it made it look like that was the intention. --Climax-Void

Chat or My Contributions </sup

Hi! Would you like this wiki to be ad-free? I'm looking for wikis to be part of a new program which would remove all ads from the wiki for $19.95/month.