Gerald is the deputy chief of Theater Vancoor. Known as Gerald the Iron Slasher, he is admired by warriors and feared by foes. His rough manner tends to scare others, but he is in fact laid-back and takes good care of his subordinates. In battle, his intuition and ability to grasp a situation quickly has led him to many victories. He is also the leader of the Zweit Squad.

Gerald tested Ganz Rothschild when he attempted to join Theater Vancoor, and later fought Jack Russell as part of his trial. Jack stood no chance, but Gerald was impressed with Jack, commenting that it had been some time since they had someone like him in the guild.

Gerald has a long-standing feud with Nocturne of the Void Community. They joined Theater Vancoor together, and were friends while Nocturne was a member. When the Deputy Chief position opened up, however, Gerald and Nocturne dueled, and Gerald held back, since he blamed himself for an injury Nocturne had at the time. After Nocturne found out, Ortoroz persuaded him to join Void instead. Nocturne also demonstrated more flexible morals, to Gerald's disapproval, including taking dishonorable jobs whereas Gerald would not.

Gerald personally goes to rescue Jack and Jarvis after they, along with Princess Belflower, are kidnapped by Nocturne. Nocturne stabs Gerald in the chest, but avoids hitting him anywhere fatal as an insult to Gerald. Gerald reluctantly heeds Elwen's order to rest and recover, while beginning to groom Jack as his successor.

In the Human Path, Gerald is a recruitable character. Jack helps arrange for a rematch between Gerald and Nocturne, after which Gerald agrees to help Jack if he defeats him in a duel.

In the Fairy Path, Jack is reunited with Gerald when Jack and Ganz are pursuing Ridley to the City of White Nights. Gerald fights Jack, intending to punish him for deserting Theater Vancoor, but concedes defeat and shows a great deal of respect for Jack. When Jack subsequently apologizes, Gerald chastises him, telling him to look forward to the future and urging him to go after Ridley. Jack thanks Gerald before continuing, while Gerald muses that he hopes he finds a woman to risk his life for someday before departing. 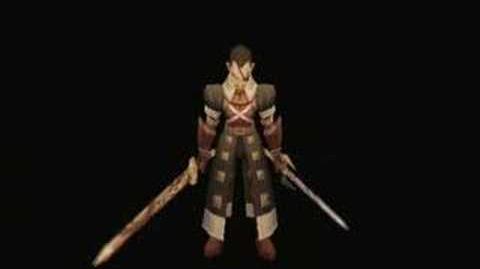